HOW DOES PRISTINEHYDRO'S UNIQUE PROCESS WORK?

This high capacity filter removes dust, particulates, and rust sediments measuring over 5 microns from the water. Made of 100% pure polypropylene fibers.

Utilizing an ECO friendly 1:1 waste to recovery process, this stage removes undesirable contaminants and pollutants down to .001 microns in size (by comparison, the size of most bacteria is about .5 microns / virus about .05 microns). However, RO does not remove acids (which are liquids and gasses) i.e. sulfuric and nitric acids (acid rain), hydrofluorosilicic acid (industrial waste fluoride), hypochlorous and hydrochloric acids (chlorine reactions), haloacetic acid (chlorine and bromine reactions). If you do not remove the acids, you will drink them. NOT GOOD!

In this stage the number of beneficial ions is increased in the water. This results in a high pH and a low controlled TDS comprised of magnesium bicarbonate with traces* of calcium and sodium bicarbonate, as well as silica and chloride.

Enhances flavor and removes odors while polishing the water to perfection. This carbon filter is made from coconut shell that has undergone a steam activation process to create its activated carbon form with micro-pores. During activation, it creates millions of pores at the surface of the carbon, thus increasing the total surface area.

In this final stage the water is run over lodestones and quartz crystals simulating the properties of a living stream. This naturally restructures, recharges, and reprograms what was once damaged water into the purest water on planet Earth since The Industrial Revolution.

*Trace minerals as well as their values will vary with various source water chemistry.

Acids, which are liquids and gases, pass-through Reverse Osmosis Membranes ending up in the product water you drink. Ionizers remove acids by disrupting the water with electrolysis which also removes the beneficial silicic acid. PristineHydro removes harmful acids while allowing silicic acid to pass through. This sets a new standard for alkaline water.

There should be no acceptable limit for harmful contaminants in the water you drink. By utilizing the best available technologies, High Efficiency Reverse Osmosis and our Proprietary Dual Deionization process we are able to achieve 100% elimination of undesirable contaminants. Lab Verified! 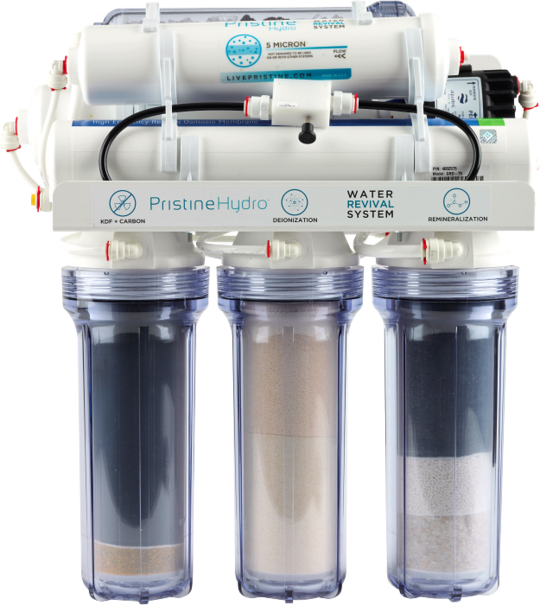 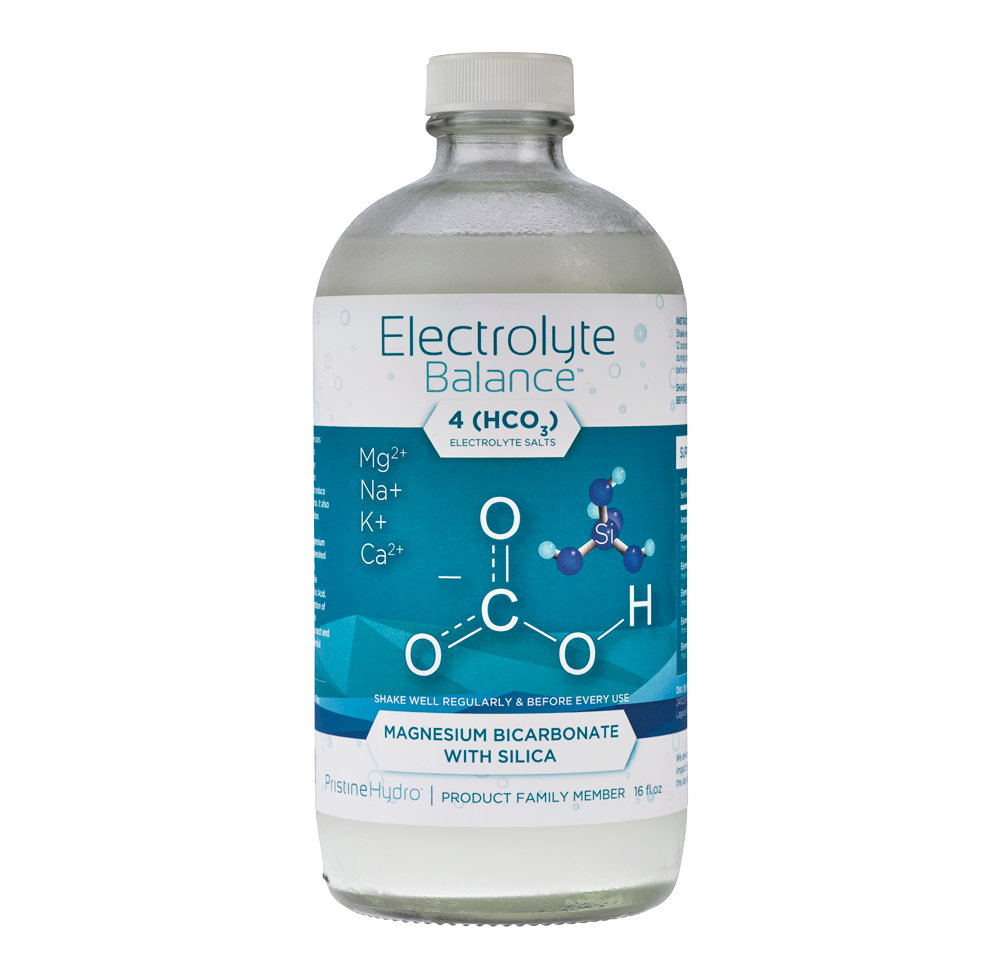 Optimize your water with Nature’s Electrolytes: Bicarbonate Salts, while delivering the added benefits of Silica.